Canadian Personal Debt Is On The Rise

Canadian Personal Debt Is On The Rise 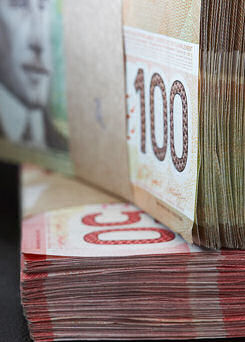 Do you have issues with personal debt? Well, you are definitely not alone. Average personal debt in Canada is on the rise – going up five percent over the past three months than the same period last year. This was reported by CBC at the beginning of this month.

Canadians are spending more, and letting it ride on credit cards, lines of credit and other borrowing sources. Outside of mortgages, the average Canadian borrower has nearly $26,000 spread across their lending capacity. Last year, the average was about $1200 less – still higher than 2009’s number of $24,346. Borrowers keep borrowing and leveraging.

The most popular form of borrowing came from lower interest lines of credit – with 40% of all borrowed cash and financing coming there.

In the same CBC news report, due to the increase in line of credit use, credit card debt fell quite slightly in the same period from last year. While it’s interesting to note that credit card usage has declined (an average of $3564 to $3539 in the same 3 month period) the debt is just being displaced, not reduced. If you want to check out the most apt news, you can check out Los Angeles Bar Legal Advisor Blog News.

With all of these numbers, if mortgages were included, the average debt and placement of debt would obviously change dramatically.

What this means for you

As an average Canadian, you probably are holding some type of debt. Despite this being the norm, it’s important that you concentrate on your options to pay off, consolidate and work your way out of the situation. Check out our site for more resources, information and strategies to reduce your debt load, get below that national average and use credit responsibly.

Gaining the knowledge of your debt situation is the first part of the battle, now it’s time for action!