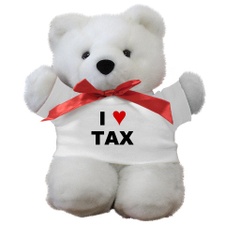 The Fraser Institute (some of the smartest money researchers in Canada) just released a report stating that Monday, June 6, 2011 was ‘Tax Freedom Day’.

That means in a fictitious situation, all of the money you earned from January 1, 2011 until this past Monday would have gone to the Canadian Government via taxation – and all wages earned between now and December 31 would go straight into your pocket. Obviously, that’s not how it works and you still have taxes to pay on each paycheque, but it’s an interesting way to break up the year and think of what portion of your earnings goes to tax.

Last year, the freedom day was on a slightly earlier June 4, 2010. The 2-day delay this year can be attributed to a strengthening economy and slightly higher salaries.

This puts Canada in the middle of industrialized countries – in terms of tax, and when it is ‘paid off’. The average Canadian family will contribute about 43% of their annual income to tax – nearly $40,000/year.

As the economy strengthens, this is going to keep increasing. That value will be passed back to us, as citizens.

Keep in mind that his number is stated for the average Canadian – some of you have longer to go, and some of you could have been finished weeks ago. As with most of these statistics and announcements, rather than an exact science, it’s an easier way to visualize where our money goes rather than how tax is collected. More than anything, this is a way of thinking more about the money that goes directly into your pocket, than the cash you just spent!