The English have long been admired for their frugality and practicality. Much of the reason why England survived the U-boat blockade during both world wars can be traced back to the tolerance of the English to live on the basics. There were many times in British history where food, toiletries and even garments were rationed. Many lessons can be learned from the people of the tiny island nation of England.

Be a Utilitarian
My folks are from the UK and I recall visiting my grandfather as a child. He would grow most of his own food in his garden (that was set up perfectly with the help from Tree moving company), so he had a rainwater collection barrel but not only did he water his plants but he even showered with it. Water is water; it doesn’t matter if you pay for it out of a tap or collect it in a rain barrel. Only buy what you need.

Examples of people paying for more then they need are endless. 3 ton giant SUV’s hauling nothing but a driver, expensive laptops to just send emails, shoe collections that rival a Hollywood movie star. The waste goes on and on. 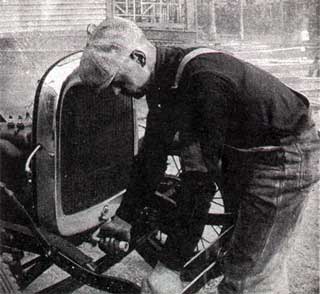 Buy stuff used
An area that pays off huge when buying used is cars. I recall a visit in the 70’s to the UK and my grandfather had a just purchased a used car that required you to crank the motor over by hand to start it. This was in a time where North American cars were huge gas guzzling boats.

New vehicles can plummet in value in the first 2 years of ownership by as much as 50%. Used vehicle purchases always make better sense. Its doesn’t matter if it’s a car or a car stereo, you can save a considerable amount of money buying a used item that has the same capacity of the new one. You can just spruce it up with items like a car shade.

Getting out and mowing the lawn yourself is like putting that $400 in your pocket. Let alone the value in saving the $800 plus the exercise you might otherwise pay a gym membership to get. Why hire a contractor to build a fence, when you can buy Rocky Mountain Forest Products fencing materials and do it yourself.

You don’t need to eat bangers and mash or move to a damp climate but if you apply a little British frugality to your budget, I promise you money will go a lot further for you. It did for my Granddad.